Details on the New Desk Layout

Over the holiday break I made some time to work on my desk layout, something I’d been wanting to do for quite a while. I’d been wanting to “up my game,” so to speak, with regard to producing more content, including some video content. Inspired by—and heavily borrowing from—this YouTube video, I decided I wanted to create a similar arrangement for my desk. In this post, I’ll share more details on my setup.

I’ll start with the parts list, which contains links to everything I’m using in this new arrangement.

When I shared a picture of the desk layout on Twitter, a number of folks expressed interest in the various components that I used. To make it easier for others who may be interested in replicating their own variation of this setup, here are Amazon links for all the parts I used to build this setup (these are not affiliate links):

This photo shows the finished setup: 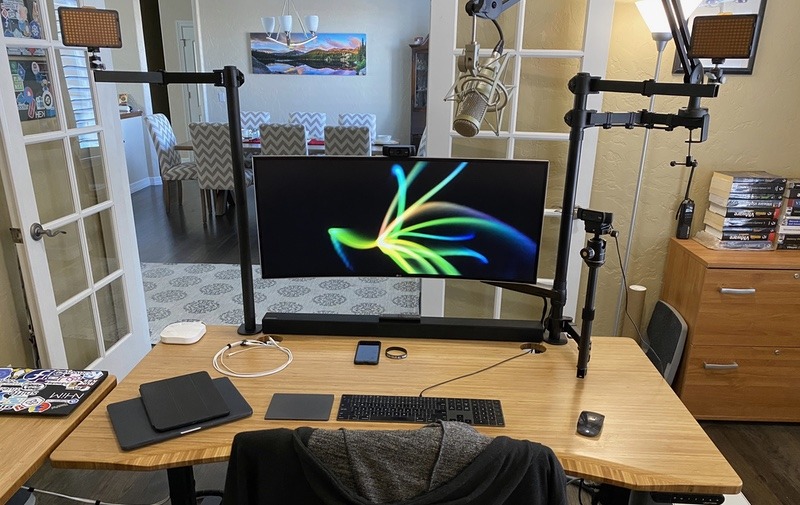 Breaking it down a bit, here’s how the parts list above is represented in this photo:

Of note is the means by which I attach the camera to the monitor arm and desk mount. I take no credit for this; I got the idea from this YouTube video (the same one linked in the first paragraph). The camera setup has four components:

Here’s a picture of the assembled product: 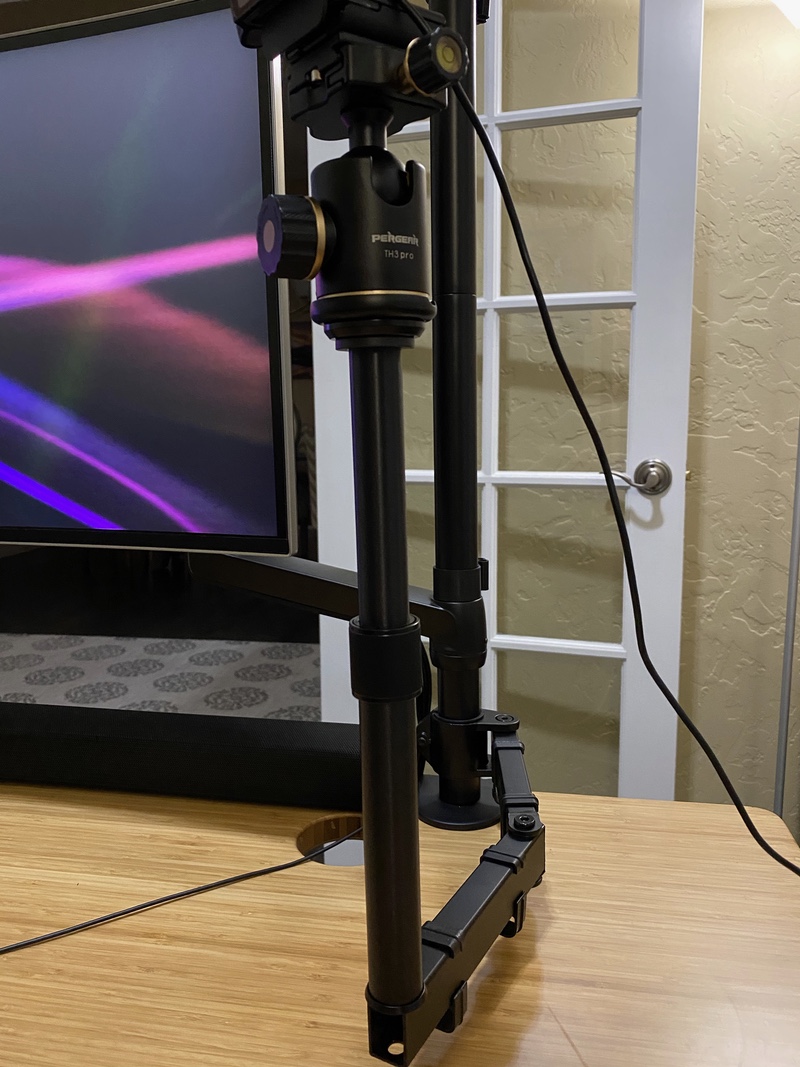 All of this is explained and demonstrated in the YouTube video I’ve referenced a few times, but the assembly goes something like this. First, you’ll need to remove the VESA mount at the end of the monitor arm.

Here’s the with the VESA mount attached (as it comes): 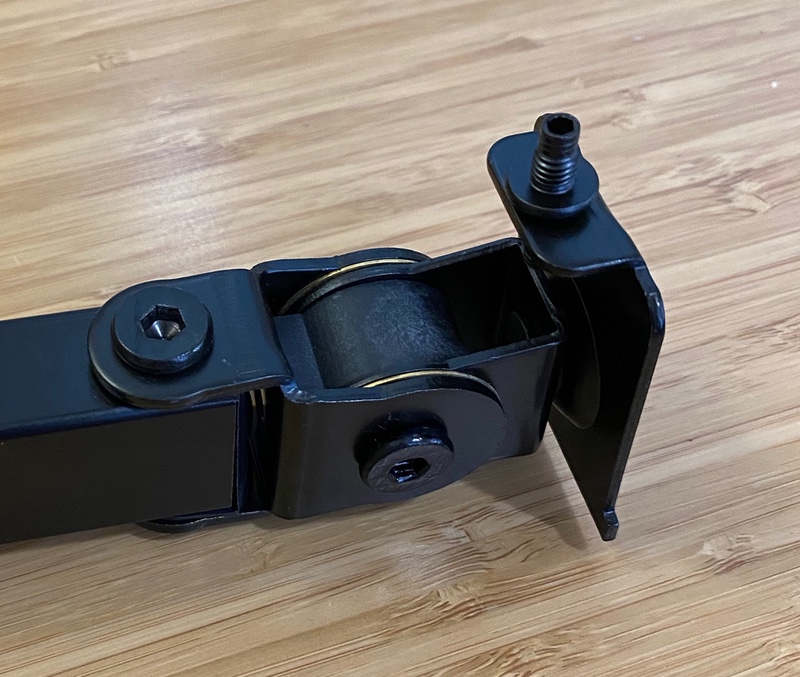 And here’s without the VESA mount: 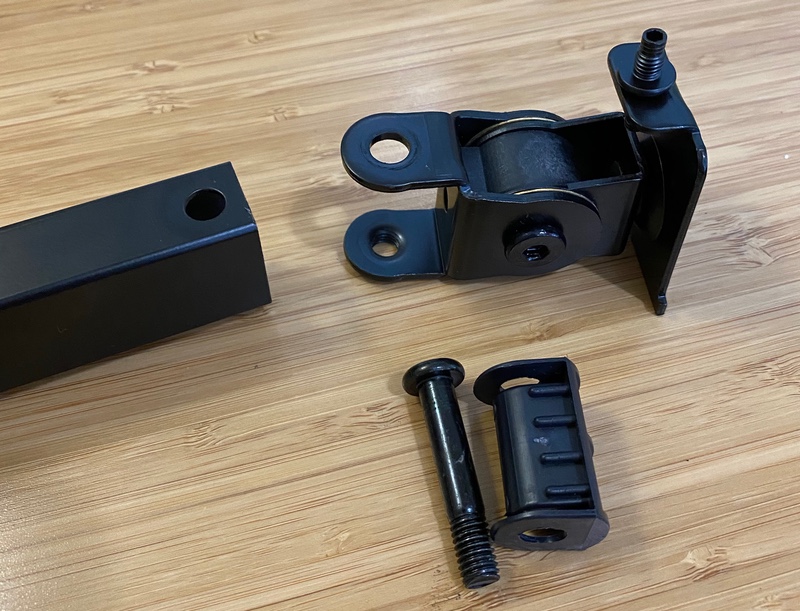 Once the VESA mount is removed, enlarge the top hole in the monitor arm so that one of the 3/8” camera quick release screws will fit through the hole. Using the 3/8” camera quick release screw, attach the tripod/monopod extension, then the Pergear ball head, and then your camera. This gives you the ability to move the camera position (using the arm) as well as adjust the camera height (using the tripod/monopod extension) for perfect placement.

Here’s a close-up shot of how this looks: 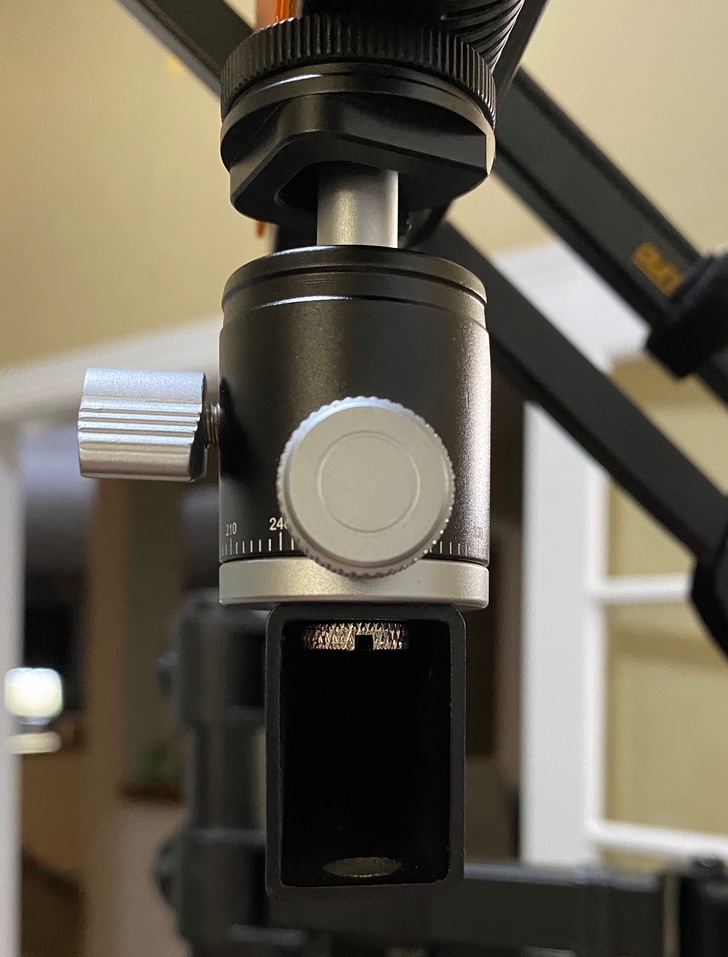 The microphone is attached using a pretty ordinary two-section boom arm that simply clamps to the end of the monitor arm. All that’s required is to remove the VESA mount, then use the clamp for the boom arm to clamp to the monitor arm. You’ll want a decent microphone that you can (ideally) position out of frame of the camera but that will still produce reasonable sound quality. The linked YouTube video has a recommendation for one (I’m not using that microphone; I’m using a Heil PR40 that was given to me as a gift).

I’m still adjusting things, tweaking the lighting and positioning of the various elements, but I do have a few additional (miscellaneous) thoughts so far:

So, there you have it—a fully breakdown of the parts involved, some notes on how everything comes together, and some early thoughts on some of the components. I’d love to hear from other folks who perhaps have done something similar, so feel free to contact me on Twitter and share any feedback on your setup, any thoughts about mine, or just to say hi. Thanks!