KDE project and Slimbook released a new Linux ultrabook with AMD Ryzen 4000 CPU that comes with eight cores, 16 threads, and a Plasma desktop. Let us look into Linux Slimbook Laptop hardware specifications and other information. 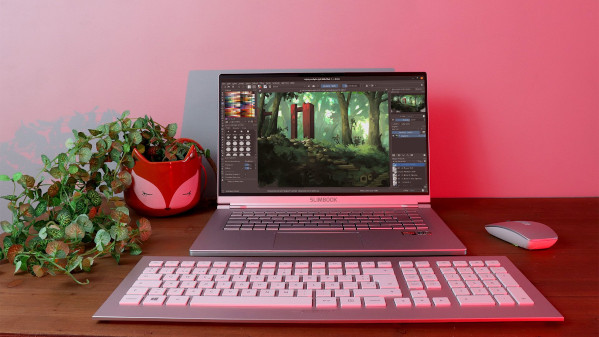 They released a total of two ultrabook laptops with a choice of 14″ or 15.6″ screen with AMD Ryzen 7 4800H CPU. These devices are 100% compatible with Linux and ships with KDE neon Linux distribution developed by KDE. It is based on the most recent Ubuntu LTS.

The CPU with eight-core is the leading killer feature of this laptop for developers and power Linux users who wish to edit videos or images. It comes with a large multi-touch touchpad, an IR camera, and much more.

I find small form factor very interesting as you can carry a 1kg laptop easily while traveling. However, thunderbolt is missing and I wish this, Ryzen 4000 laptops come with screen resolutions higher than FHD. It is also not clear if the battery is replaceable or not. Of course we also have AMD based devices from System76 too.

Overall I welcome AMD based Linux laptop that comes pre-installed with KDE Linux distro. Of course, you can replace that with other Linux distros such as CentOS or Debian. They ship worldwide, and one can order it online by visiting their estrone. They support the KDE project by sharing part of the profits too. Would you buy such a laptop? Let us know in the comments section below.