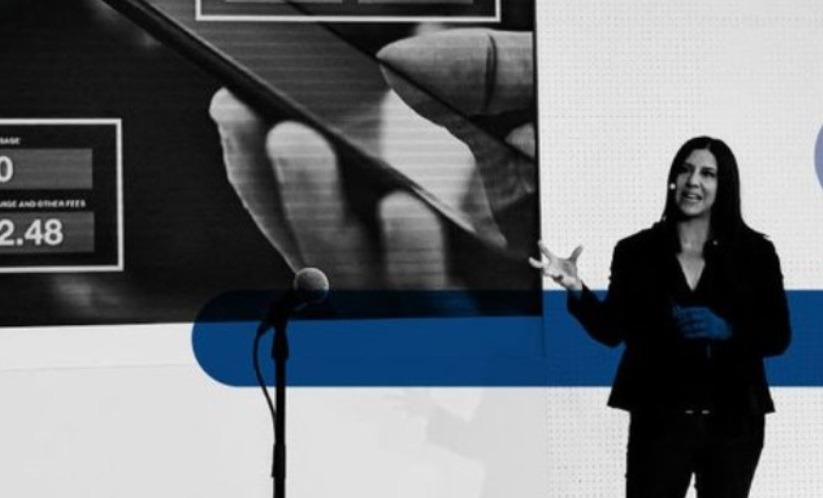 A curious announcement hit the wires from the GSMA on March 12. “GSMA introduces TelcoDR, the public cloud transformation specialist, as one of the largest exhibitors by floor space at MWC Barcelona 2021,” it ran.

The upshot? Ericsson had pulled out of this year’s jamboree – to be held this year at the end of June – and TelcoDR has taken its place. But who is TelcoDR?

The clue is in the initials. Former Optiva chief executive Danielle Royston, known to associates as ‘DR’, has taken what she tells CloudTech is an ‘opportunity of a lifetime’ to get her message around public cloud for telecoms out there.

Of course, in such a Covid-disrupted time, there are risks involved. Royston told Wired she had paid ‘millions of dollars’ for the space. Ericsson’s pulling out of MWC 2020 caused a domino effect which culminated in the whole thing being cancelled. While the green shoots of vaccinations are already having their effect, particularly in countries such as the United Kingdom and Israel, nobody knows what could be around the corner in the pandemic.

Royston is absolutely upbeat, but not oblivious to the risk, stressing that each conversation with the GSMA has ended in their reiterating the show must go on. “Even if it’s reduced, it’s a great option,” she explains.

There is a fair likelihood, like many other event companies who have had to pivot, that MWC will have a significant virtual element. Rosyton is prepared for this, promising 100 telepresence robots so those who cannot travel will be able to ‘drive around the booth… see the demos, see the space, listen to the talks and participate.’ “Their robot self can participate,” she adds.

To those who may think this is a risk to the point of madness, Royston notes: in which other year would she have been able to snag one of the biggest stands, in hall 2 of Fira Gran Via, and rebranded it as Cloud City?

“I get why [Ericsson] are bailing,” she adds. “They’re a huge company, they probably have to weigh the risks of the pandemic – but it’s easy for them to bail, to say ‘yeah, we can’t go’, to save money. [Do they] have an exciting message that they’re dying to get out to the world? I do.”

This message is simple: accelerate the adoption of public cloud in telco. Royston plans to do this in three ways. The first is the stand at MWC. The second is to look for ‘great public cloud startups’. The third is most interesting; to put a fund together to acquire ‘a lot’ of telco software companies. Royston pegs the amount to be raised as “at least a billion dollars, if not more.”

“I wasn’t necessarily ready to unveil that part of the strategy, but given this opportunity with the booth, it’s sort of forcing my hands on my plans and my strategy,” she adds. Watch this space on that one.

The history of telco cloud is long, laborious and, largely, littered with missteps. The biggest misstep, in hindsight, was telcos competing directly with the IaaS (infrastructure as a service) players.

In 2011, Verizon bought Terramark, with the company noting at the time the move would ‘clear the way for Verizon to lead the rapidly evolving global managed IT infrastrucutre and cloud services market.’ This prophesy, to say the least, did not come true. Verizon shut down part of its public cloud service in early 2016, later selling to IBM. Today, the telco is happy to say it uses Amazon Web Services (AWS) as its preferred public cloud provider, as well as partnering around 5G-enabled services – more on which later.

Ultimately, argues Royston, the requirement for hardware in the cloud conversation – which telcos could certainly achieve – was a red herring. “The public cloud is not a hardware play – it’s not who can manage the best hardware ecosystem,” she says. “It’s that these three guys, in Amazon, Microsoft and Google, built the software, the services that let you buy by the hour, lets you rent it. These are the best technology firms in the world, and they were opening it up to let anyone use.

“That’s where the inflection point happened,” Royston adds. “When they started to unlock things like databases that were 10 times faster and a 10th of the cost of Oracle, it changed the game. When they started to roll out the ability to scale elastically with things like Kubernetes and Docker, giving people access to analytics tools that work at lightning speed and at internet scale. That was where telcos missed the boat.”

Cognisant of having missed the first boat, the latest ship to pull up at the harbour has edge computing and 5G as its main destinations. As this publication has previously covered, cloud providers have the power in artificial intelligence (AI), while 5G and the network is where telcos have the power. Both have infrastructure heft, while edge brings it all together. The key is in developers building 5G-enabled applications, which both sides want to attract.

To that end, is it good that both sides have met halfway? AWS has partnered with Verizon as mentioned above; Google Cloud has its own Global Mobile Edge Cloud (GMEC) strategy alongside partnerships with Nokia. Microsoft, meanwhile, alongside the acquisitions of Affirmed and Metaswitch Networks, has put out Azure for Operators.

This publication called Azure for Operators the ‘most aggressive’ pursuit yet, while Royston, in her Telco in 20 podcast, argued Microsoft ‘really wants to be the hyperscaler for telco.’ With this in mind, Royston spoke with Yousef Khalidi, CVP – and one of the original team – at Azure.

“We are a software company and we believe in software being delivered as much as possible as a service under the control of the customer,” said Khalidi. “So this is not us going to an operator and saying ‘I’m going to take something off your hand’… it’s about empowering them with platforms, tooling mechanisms, automation, so they can go build the networks as they see fit, control the networks.”

When asked whether Azure for Operators was a good move, Royston says “I think so”, adding there is a ‘lot of confusion’ over the conciliatory or adversarial relationship between telco and hyperscaler.

Yet this is not to say that telcos get off the hook as easy as that. Rosyton argues the cumulative historical hours and energy spent on storage, databases and applications could have been better applied on customer experience, so frequently telecoms’ biggest barrier.

“What [public cloud] does is allow organisations like telecom providers to stop spending their organisational energy,” she says. “The collective efforts of their people, and their resources, instead of spending on storage and databases and Kubernetes and all this crap which is not your business. It’s not what you’re in business for.

“Instead, take all that energy you have focused on all that crap and focus on excellent subscriber experience – and I think we would go from having the worst NPS of all the industries,” she adds. “Imagine how much you would build loyalty right into your subscriber base?”

Whether one agrees or disagrees with the principle, or the moves being made, Royston’s passion for the subject comes through clearly. Admitting she arrived at Optiva from a cloud-centric background – “I knew nothing about telco” – she is used to ‘pushing a big boulder up a hill’, as she puts it.

“The best learning from Optiva, that I’m so thankful for, was the experience to have great access to very senior people in telco, to have these conversations, and start out dipping my toe in the water,” she says. “My entire organisation did not believe this would ever work. They did not believe cloud would come to telco, and they told me – and it’s hard as a new leader in a space you know virtually nothing about and people telling you it won’t work.”

Listen to the podcast with Microsoft’s Yousef Khalidi here.

Want to learn more about topics like this from thought leaders in the space? Find out more about the Edge Computing Expo Europe on June 16-17, a brand new, innovative event and conference exploring the edge computing ecosystem.